Welcome to our first news round up of 2019. This month in Turkey’s food & drink market Russia gives Turkish exports a smoother journey, Sri Lankan food gets a new focus, and a new healthy eating body is formed.

In the first week of February 2019, Sri Lankan food brought colour and flavour to the streets of Ankara.

In Turkey, Ceylon Tea is fairly well known, but other offerings from the South Asian state require a little more promotion. It’s hoped with the success of this festival more Turks will look at Ceylon cuisine in a new light.

This could potentially open the door to greater ingredient and finished meal exports from Sri Lanka exporters to Turkey. 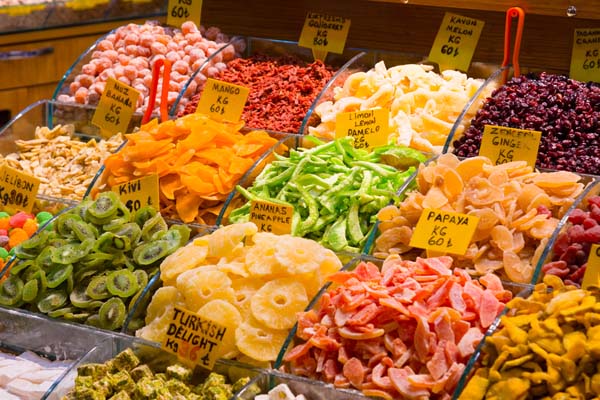 Russia imports vast quantities of fruit and vegetables every year, with Turkey being one of its key suppliers.

Under new legislation, Turkish exporters can appeal to authorities and let them know their goods are delicate. Customs will then allow goods to pass through quickly. It is hoped this will stop fruits & vegetables that will no longer perish in warehouses, containers or ships.

Growing trade between Russia and Turkey is one of our key food & drink trends to watch in 2019.

As Turks put healthy foods as a top priority, the government has established a new National Nutrition Council.

Under the Ministry of Health’s Healthy Eating and Active Life Programme, the National Nutrition Council will help Turks embrace healthy eating every day.

That means it will be advising on nutritional information, promote a healthy culture throughout Turkey and develop policy to improve food security and fight against chronic disease.

With Turkey being a major producer of fruits, vegetables, grains and other organic products, this should not be too hard a task.

However, it does highlight the fact that Turks could soon be demanding more organic and health foods. This could play right into exporters’ hands.
Back


This fair is organized under supervision of TOBB (The Union of Chambers and Commodity Exchanges of Turkey) in accordance with the law no. 5174.
Find Us On